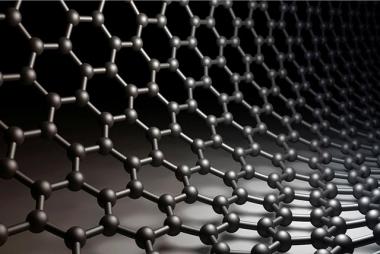 I​​​​n simple terms, graphene is a two-dimensional atomic plane made up of carbon atoms arranged in a hexagonal lattice. Due to its unique combination of superior properties, graphene is a credible starting point for new disruptive technologies across a wide range of fields.

A new, commercially viable process is now being developed to produce graphene from captured CO2. The implication? We may now have a highly profitable, politically viable, and environmentally sustainable way to break free from our destructive practice of pumping CO2 into our atmosphere.

Videos below are from the Graphene Flagship, an educational and research consortium sponsored by the European Union.

How flexible is graphene?

The benefits of graphene's transparency

How thin is graphene?

How can graphene be used for cancer treatment?

How harmful is graphene?

How strong is graphene?

How can graphene be used in electronics?

What is Graphene City?

How can graphene be used in biomedicine?

How conductive is graphene?

What are graphene's thermal properties?

How many types of graphene are there?

Graphene (/ˈɡræf.iːn/)[1][2] is an allotrope of carbon in the form of a two-dimensional, atomic-scale, hexagonal lattice in which one atom forms each vertex. It is the basic structural element of other allotropes, including graphite, charcoal, carbon nanotubes and fullerenes. It can be considered as an indefinitely large aromatic molecule, the ultimate case of the family of flat polycyclic aromatic hydrocarbons.

Graphene has many unusual properties. It is about 200 times stronger than the strongest steel. It efficiently conducts heat and electricity and is nearly transparent.[3] Graphene shows a large and nonlinear diamagnetism,[4] greater than graphite and can be levitated by neodymium magnets.

Scientists have theorized about graphene for years. It has unintentionally been produced in small quantities for centuries, through the use of pencils and other similar graphite applications. It was originally observed in electron microscopes in 1962, but it was studied only while supported on metal surfaces.[5] The material was later rediscovered, isolated, and characterized in 2004 by Andre Geim and Konstantin Novoselov at the University of Manchester.[6][7] Research was informed by existing theoretical descriptions of its composition, structure, and properties.[8] This work resulted in the two winning the Nobel Prize in Physics in 2010 “for groundbreaking experiments regarding the two-dimensional material graphene.”[9]

The global market for graphene reached $9 million by 2012 with most sales in the semiconductor, electronics, battery energy, and compositesindustries.[10]