Capture gigatons of greenhouse gases from the atmosphere using new technologies such as direct air capture (DAC), and additional gigatons from smokestacks and other major point sources of carbon pollution. Rather than sequestering the carbon in geological faults, utilize it in valuable materials.

Leverage a host of innovations introduced over the past two decades, driven by computerization, computer-aided design. and Internet access. Automated and distributed manufacturing that no longer relies on specific countries or regions. Additive manufacturing processes such as 3D printing with no wastage, pollution, or carbon footprint.

We need a solution to global warming that scales up faster than the 20-30 years
estimated for all current clean energy and climate mitigation solutions. This is it. 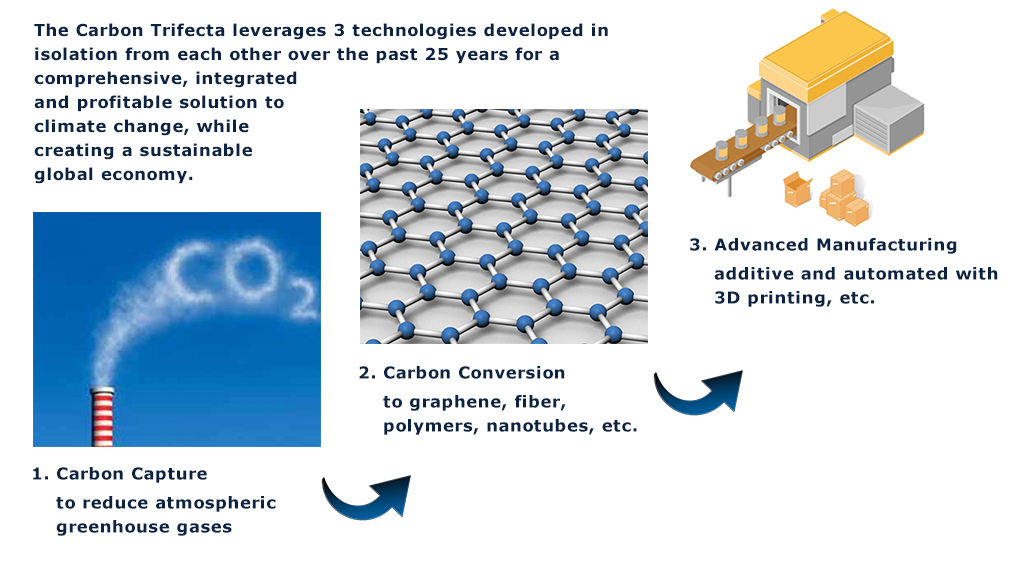